1st Aero Squadron, Aviation Section of the US Army Signal Corps, Visit to Fort Worth 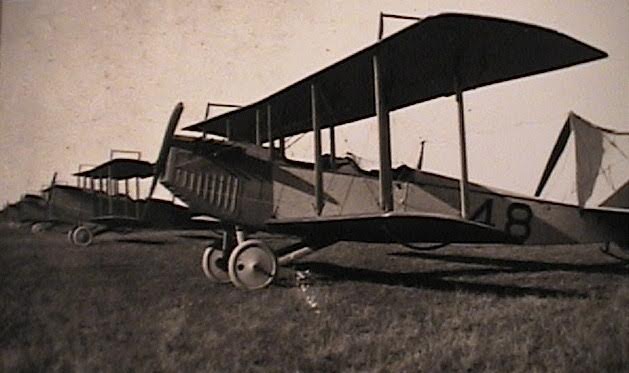 left Fort Sill, Oklahoma for a new flying field at Fort Sam Houston in San Antonio. It was the first time

by air. The squadron was the only organized flying unit in the US Army.

After spending the night in Wichita Falls, the squadron arrived over Fort Worth during the morning of

newest airplane, Serial No. 53, was the first to land and became the first military aviator to arrive in

Fort Worth. Within 10 minutes, the remaining five aircraft had landed. Over 3,000 people were on

informal luncheon at the Metropolitan Hotel.

In the evening, the six pilots were guests at a banquet hosted by the Fort Worth Chamber of

Commerce for about 100 leading citizens and the entire city commission. In his remarks to the guests,

war which had been raging in Europe for the past 15 months.

“I started to work in the flying game in 1908 and set my heart upon making it my life’s work. I

possessed. I was to teach myself to fly and was allowed $150 a year for the upkeep of the

machine, including repairs, new parts and fuel. During that year I spent $300 out of my own

here tonight with but six aviators. A total of 53 aeroplanes have been bought by the United

States during these seven years. More than that number are being built each day in Europe.

We have only 25 air pilots in the United States Army today out of a standing army of 80,000

For the next two days, Fort Worth was host to the entire “combat aviation” force of the United States.

Thousands of people visited their encampment each day. On the morning of November 22, over

10,000 people were in John Ryan’s pasture to watch the squadron fly on to Waco.

In less than two years, the skies over Fort Worth would be filled with hundreds of military aircraft each

day operating from three flying training fields around the city.