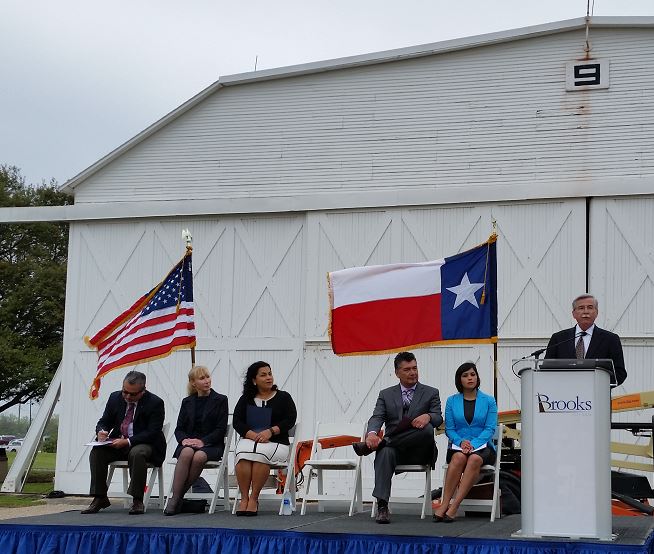 Brooks City Base in San Antonio started construction on a $2.8 million rehabilitation and restoration project of the historic Hangar 9 building here on March 29, 2016. The building is the oldest wooden aircraft hangar of is kind still standing. Hangar 9 is a San Antonio Historic Landmark, listed in the Texas State Historical Survey, the National Register of Historic Places, and is a National Historic Landmark.

Brooks Field, named for Sidney j. Brooks, Jr. – the first San Antonio native to die in a WWI aviation-related accident – was a WWI training airfield established in 1917. The base later became Brooks Air Force Base and was ultimately returned to the San Antonio community as Brooks City Base as part of the base closer and realignment program in 2012.

A ceremony marking the start of the renovation work was held outside the hangar. Dignitaries attending included officials from Brooks City Base, the City of San Antonio, The National Park Service, and the Texas Historical Commission. Work is scheduled to be completed by late 2016 or early 2017. Hangar 9 will serve as a venue for business and public gatherings.