READING UP ON TEXAS IN WWI — AN ANNOTATED BIBLIOGRAPHY 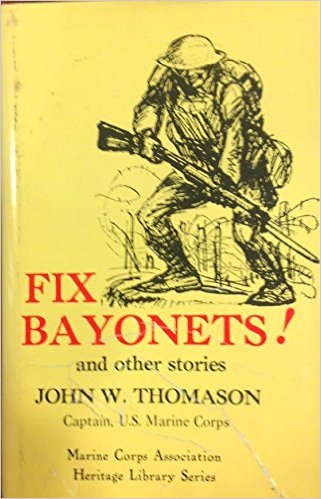 Looking for that summer read? Here’s our annotated bibliography of books by Texans and about Texas in the Great War. Have another you recommend? Send your favorite reads about Texas and Texans in WWI to us at WWICC.TX@gmail.com.

They Called Them Solider Boys: A Texas Infantry Regiment in World War I. By Gregory W. Ball. University of North Texas Press, 2013.

They Called Them Soldier Boys (War and the Southwest Series) offers an in-depth study of soldier of the Texas National Guard’s Seventh Texas Infantry Regiment in World War I, through their recruitment, training, journey to France, combat, and their return home. Gregory W. Ball focuses on the fourteen counties in North, Northwest, and West Texas where officers recruited the regiment’s soldiers in the summer of 1917, and how those counties compared with the rest of the state in terms of political, social, and economic attitudes.

In September 1917 the “Soldier Boys” trained at Camp Bowie, near Fort Worth, Texas, until the War Department combined the Seventh Texas with the First Oklahoma Infantry to form the 142d Infantry Regiment of the 36th Division. In early October 1918, the 142d Infantry, including more than 600 original members of the Seventh Texas, was assigned to the French Fourth Army in the Champagne region and went into combat for the first time on October 6. Ball explores the combat experiences of those Texas soldiers in detail up through the armistice of November 11, 1918.

In September 1917 the “Soldier Boys” trained at Camp Bowie, near Fort Worth, Texas, until the War Department combined the Seventh Texas with the First Oklahoma Infantry to form the 142d Infantry Regiment of the 36th Division. In early October 1918, the 142d Infantry, including more than 600 original members of the Seventh Texas, was assigned to the French Fourth Army in the Champagne region and went into combat for the first time on October 6. Ball explores the combat experiences of those Texas soldiers in detail up through the armistice of November 11, 1918.

Beyond the fact that he lived in Houston following the war, virtually nothing is known about Warren R. Jackson. The manuscript was written in the late 1920s and found its way to a special collection of American History at the University of Texas, Austin, where it was recently unearthed by Marine Corps historian George B. Clark. His previous books include With the Old Corps in Nicaragua and Devil Dogs.

San Antonio, Texas, has been called Military City USA for many years. It earned this sobriquet not only by virtue of its major military installations but also because of its close and cordial relationship with the US Armed Forces. But in 1916, the year before America entered the Great War, all of that was still in the future. Fort Sam Houston was the largest US Army post in the country, but its attention was focused on the border with Mexico. This changed on April 6, 1917, as the United States needed to quickly raise an expeditionary army of three million men with its attendant air service and send it overseas. This volume portrays the growth of military facilities and infrastructure in San Antonio during World War I that started the Alamo City on the road to becoming Military City USA.

In January 1917, German foreign minister Arthur Zimmermann sent a telegram to Germany’s Mexican ambassador, authorizing the offer of U.S. territory in exchange for Mexico’s alliance with Germany in the Great War. After the interception of this communication, U.S. intelligence intensified surveillance of the Mexican American community in Texas and elsewhere, vigilant for signs of subversive activity. Yet, even as this was transpiring, thousands of Tejanos (Mexican Texans) were serving in the American military during the war, with many other citizens of Mexican origin contributing to home front efforts. As author José A. Ramírez demonstrates in To the Line of Fire!, the events of World War I and its aftermath would decisively transform the Tejano community, as war-hardened veterans returned with new, broadened perspectives. They led their people in opposing prejudice and discrimination, founding several civil rights groups and eventually merging them into the League of United Latin American Citizens (LULAC), the largest and oldest surviving Hispanic civil rights organization in the United States. Ramírez also shows the diversity of reaction to the war on the part of the Tejano community: While some called enthusiastically for full participation in the war effort, others reacted coolly, or only out of fear of reprisal. Scholarly and general readers in Texas history, military history, and Mexican American studies will be richly rewarded by reading To the Line of Fire!  Winner of the 2009 Robert A. Calvert Prize.

José A. Ramírez holds a Ph.D. in History from Southern Methodist University. He lives in his native Laredo, where he teaches history at Laredo Community College.

“I am home, safe and sound, and reviewing all these memories as if in a dream. All of this pleases me. I have been faithful to my duty.” Thus José de la Luz Sáenz ends his account of his military service in France and Germany in 1918. Published in Spanish in 1933, his annotated book of diary entries and letters recounts not only his own war experiences but also those of his fellow Mexican Americans. A skilled and dedicated teacher in South Texas before and after the war, Sáenz’s patriotism, his keen observation of the discrimination he and his friends faced both at home and in the field, and his unwavering dedication to the cause of equality have for years made this book a valuable resource for scholars, though only ten copies are known to exist and it has never before been available in English. Equally clear in these pages are the astute reflections and fierce pride that spurred Sáenz and others to pursue the postwar organization of the League of United Latin American Citizens (LULAC). This English edition of one of only two known war diaries of a Mexican American in the Great War is translated with an introduction and annotation by noted Mexican American historian Emilio Zamora.

EMILIO ZAMORA is a professor of history at the University of Texas at Austin. Recent publications include Claiming Rights and Righting Wrongs in Texas: Mexican Workers and Job Politics during World War II

First-person short stories and illustrations by Texan John W. Thomason. A career Marine Officer from Huntsville, Thomason was a Marine Lieutenant in the thick of the fighting in France when American forces entered the war. His collection of stories about the hard-fighting Fifth Marine Regiment in France was praise by literary critics and veterans of the fighting. Thomason has been called the Kipling of the Marines Corps. His collection of personal papers and sketches is held at the Sam Houston State University Library (http://library.shsu.edu/about/departments/specialcollections/thomason.html)

Unit history of the 90th Division.

Texas and Texans in the Great War. By Ralph A. Wooster. State House Press, 2010.

The outbreak of war in Europe in the summer of 1914 surprised Americans. Although most hoped to avoid involvement in the conflict, the German submarine campaign against shipping in the north Atlantic brought the United States into the war in April, 1917 as an ally of the British, French, Italians, and Russians. Before World War I ended in November 1918 the United States mobilized over four million men and suffered over 350,000 casualties, including 120,000 who were killed in action or died from disease.  200,000 Texans served in the American armed forces during what contemporaries called “the Great War.” Over 5,000 Texans in uniform died during the conflict.  Four Texans were awarded the Medal of Honor for gallantry in action. Several Texans received the Distinguished Service Cross, the Distinguished Service Medal, or the French Croix de Guerre. Three qualified as “aces” by shooting down five enemy aircraft. Military historian Ralph A. Wooster describes the role Texans played in the war, both overseas in the major battles and campaigns and on the home front producing the materials needed to carry on a modern war. He shows that the mobilization of the mind and spirit during the war kindled the growth of patriotism and brought Texans into the mainstream of American life for the first time since the American Civil War.

Editor’s note July 24, 2018: See our updated bibliography on our shared drive at https://drive.google.com/drive/folders/0ByzwWArFS1dFbHBaOG9KWFhVZTQ.