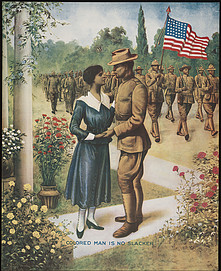 “No Man’s Land: East Texas African Americans in World War I” will be traveling throughout Texas over the three-year centennial period (2017-2019). More information on dates and locations for the exhibition are at the No Man’s Land website http://www.nmltx.org/exhibition.

Come walk among the eleven thousand veteran names on display and learn their stories: men who died in combat, served as officers, unloaded ships, buried the dead, kept the sawmills going, trained for war on Texas college campuses, and in some cases, deserted. You will see the Great War–and possibly your own community–in a completely different light.

Working with the Texas World War I Centennial Commission, East Texas Historical Association and the project director, Dr. Lila Rakoczy, have put together an advisory committee made up of university-based academics, family members of World War I veterans, and community stakeholders. This program is made possible in part by a grant from Humanities Texas, the state affiliate of the National Endowment for the Humanities.

This program is also part of World War I and America, a two-year national initiative of Library of America presented in partnership with The Gilder Lehrman Institute of American History, the National World War I Museum and Memorial, and other organizations, with generous support from The National Endowment for the Humanities.

This multi-stage project will unfold over the next several years. The No Man’s Land: East Texas African Americans in WWI exhibition begins its two-year tour in April 2017 and will run through May 2019. It will be accompanied by an interactive mobile app. A searchable database will be added to the website in 2018, providing access to veteran documents, photographs, archival links, and oral histories. 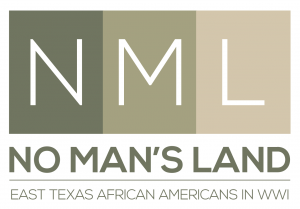