THE POPPY — LEGACY OF WAR & REMEMBRANCE IN TEXAS 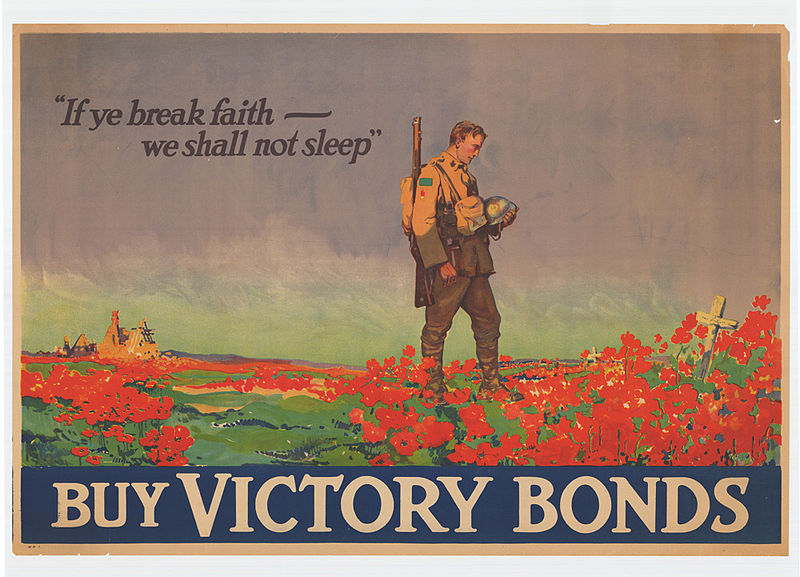 Poppies have long been associated with World War I, remembrance, and honoring war casualties. The vibrant red variety of poppies were seen in the fields of Flanders in no man’s land where nothing else grew. Texas veterans of the Great War returned home with seeds from the battlefields of France and Belgium.

According to the Georgetown, Texas Red Poppy Festival — held annually in late April — seeds from poppies in Europe were sent to Georgetown right after World War I. Henry Purl Compton (known as “Okra”) who served in the American Expeditionary Forces sent them to his mother. She planted them at her home which is now 507 East 7th Street in Georgetown. From there, they were spread (by birds, bees, and people!) down the river and over much of Old Town (https://poppy.georgetown.org/).

Poppy seeds tracing their heritage back to these returning soldiers are still available for the Texas WWI Centennial. December is the ideal time in most parts of the state to plant the seeds in time for April blooms (the 100th anniversary of U.S. entry into the war). The seeds can be ordered through the Texas WWI Centennial Commemoration and can be used for commemoration planting projects or for fundraising to support other local Centennial programs with this order form poppies-order-form.

Long before the Great War, the red poppy had become a symbol of death, renewal and life, according to World War I Heritage (http://www.worldwar1.com/heritage/rpoppy.htm). The seeds of the flower can remain dormant in the earth for years, but will blossom spectacularly when the soil is churned. Beginning in late 1914, the fields of Northern France and Flanders became the scene of stupendous disturbances. Red Poppies soon appeared.

In 1915, at a Canadian dressing station north of Ypres on the Essex Farm, an exhausted physician named Lt. Col. John McCrae would take in the view of the poppy strewn Salient and experience a moment of artistic inspiration. The veteran of the South African War was able to distill in a single vision the vitality of the red poppy symbol, his respect for the sacrifice made by his patients and dead comrades, and his intense feeling of obligation to them. McCrae would capture all of this in the most famous single poem of the First World War, In Flanders Fields.

In Flanders Fields By John McCrae

In Flanders fields the poppies blow

Between the crosses, row by row,

That mark our place; and in the sky

Scarce heard among the guns below.

We are the dead. Short days ago

Loved, and were loved, and now we lie

Take up our quarrel with the foe;

To you from failing hands we throw

The torch; be yours to hold it high.

If yea break faith with us who die

We shall not sleep, though poppies grow

The poppy was eventually adopted by the British and Canadian Legions as the symbol of remembrance of World War One and a means of raising funds for disabled veterans. An American war volunteer, Moina Michael, helped establish the symbol in the US where the Veterans of Foreign Wars and the American Legion also embraced the Red Poppy tradition.

On April 25, 1990, Georgetown was certified by local residents and the Texas Legislature as the “Red Poppy Capital of Texas.” Red poppies have been a part of Georgetown’s landscape for over seventy years. Red poppies have grown naturally in street and highway right-of-ways, in vacant lots and parks lands, and in native and cultivated areas of our citizen’s yards. Georgetown is one of the few locations in the United States where red poppies reseed themselves from year to year. Each April as the poppies bloom, Georgetown celebrates with the annual Red Poppy Festival. 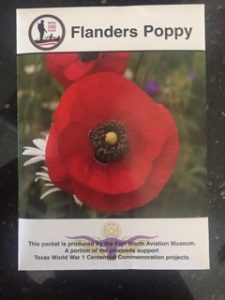