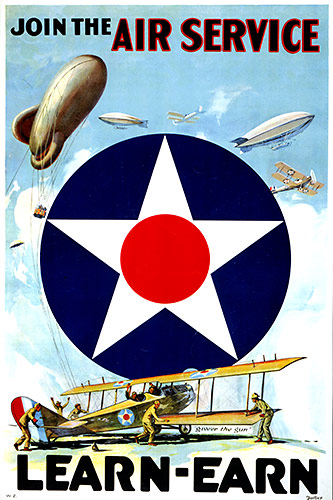 As 1917 began, America drew closer to war. Texas was already significantly engaged in war preparations and supplying the allies. The British Royal Flying Corps operated three flying schools to train Canadian pilots at Camp Taliaferro in Fort Worth, San Antonio was a primary staging base for the Punitive Expedition and the pursuit of Pancho Villa, and Texas businesses supplied cattle, horses, cotton, and lumber to the allies. Key events in 1917 National and Texas included (source noted in parentheses)…

January 27. Beginning of withdrawal of Pershing expedition from Mexico (Wooster).

March 3. Congress passes Revenue Act of 1917 to be used for military preparedness (Wooster).

March 23. Board of Directors of the Agricultural and Mechanical College of Texas (Texas A&M) approve the faculty’s resolution

May 24. The only Army school of meteorology in U.S. is established at the Agricultural and Mechanical College of Texas (Texas A&M)

June 15. The Espionage Act of 1917 is passes as a United States federal law (Wooster).

October 15. The War Department Commission on Training Camp Activities publishes its findings on activities and hygiene, and the results of work with states and municipalities to close red light districts, including those in San Antonio, El Paso, Ft. Worth, Waco, Houston.

Have something to add? Let us know at WWICC.TX@gmail.com.