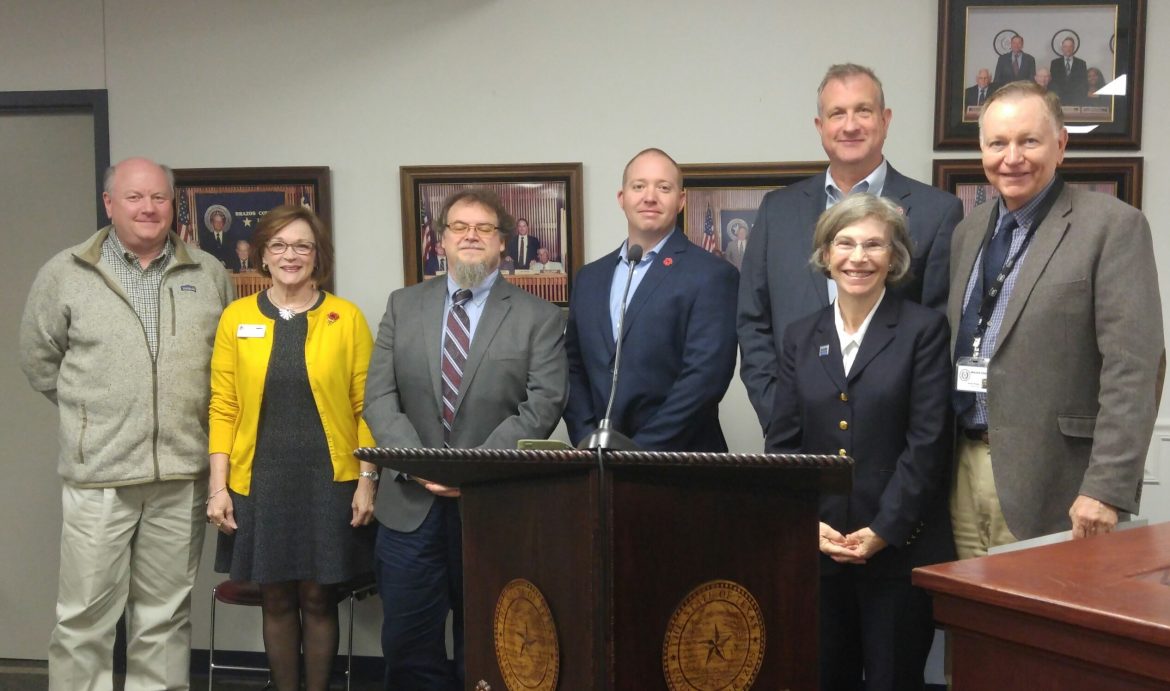 The county is also home to Texas A & M University. The University rallied to the war effort, serving as a training facility for a variety of military specialty skills, including motor mechanics training and the U.S. Army Signal Corps School of Meteorology. Over 2,300 students and faculty served in uniform, and 59 were killed in action, or died of wounds or disease. The University also served to pioneer vocational training for veterans after the war.

Members of the Brazos County World War I Centennial Committee in attendance accepting the Proclamation were; Greg Bailey, Chairman John Blair, Anton duPlessis, Ellen Fuller, Randy Haynes, and Pamela Marshall.  BCWWIC Chairman John Blair thanked the Commissioners Court and encouraged them to promote and attend events over the next year and a half aimed to educate and celebrate World War I in Brazos County.

Interested in orchestrating a proclamation highlighting the contribution of your city, county or municipality? You can find a standard format on our Google Drives account at drive.texasworldwar1centennial.org (see References & Resources file).