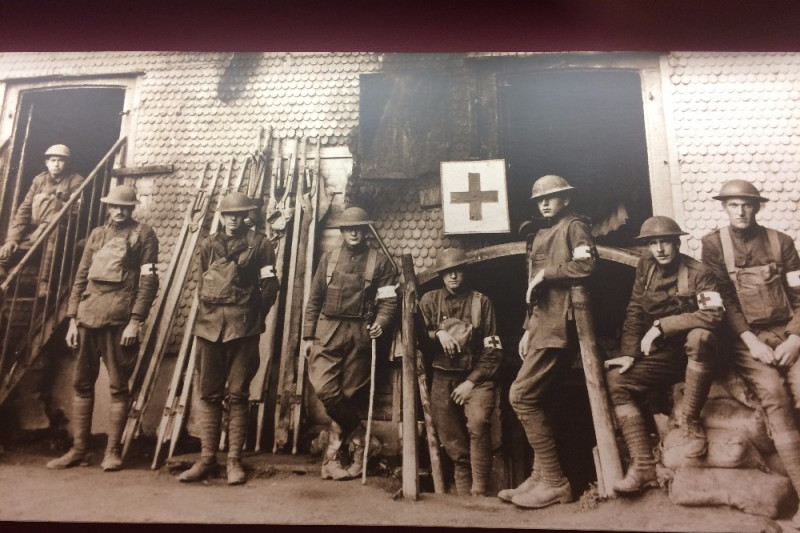 San Antonio will commemorated the start of the WWI Centennial period on May 20, 2017 in conjunction with Armed Forces Day at historic Brooks City Base (formerly Brooks  Air Force Base). The event will feature a luncheon, a variety of speakers, and entertainment.

San Antonio, the largest city in Texas at the time of WWI, played a significant role in the training equipping, and logistical support of the U.S. military as mobilization began in 1917. Fort Sam Houston, already a key base, was expanded to support the Mexican Punitive Action and then the build up of forces after the U.S. declared war on Germany. Bases in and around San Antonio grew to include Brooks Field. Kelly Fields, Camp Bullis, Camp Travis, Camp Stanley, and a variety of additional camps and aviation fields.

The events on May 20 will begin inside historic Hangar 9 on Brooks City Base at 11:00am with registration, a living history exhibit with re-enactors, and a display of WWI artifacts and posters. The hangar is the only surviving WWI wooden hangar in the U.S. and recently completed a $2.5 million dollar renovation.

The luncheon program begins at 11:30 and will feature guest speakers, including MajGen Alfred Valenzuela, USA (Ret), a Commissioner with the U.S. World War I Centennial Commemoration and native San Antonian. The event master of ceremonies will be MajGen Juan Ayala, USMC (Ret), who will also announce the recent recognition of San Antonio (by award of Registered Trademark) as Military City USA — an  informal moniker dating to WWI.

Other events will include a military color guard, comments John Manguso, author of San Antonio in the Great War and by Rudolph Purificito and expert on WWI aviation in San Antonio and the Director of Operations of the Airman Heritage Museum at Lackland Air Force Base.

The program is co-sponsored by the Alamo Couriers Chapter of the Daughters of the Republic of Texas. The luncheon is $40 per person and reservations should be made by May 13 by emailing accdrt@satx.rr.com or by phone to (210) 493-8238. See more about the May 20 event on our events calendar page. The organization is also seeking donations to support free attendance at the luncheon for 100 military service members, veterans, and students. See their site on GoFundMe to contribute.