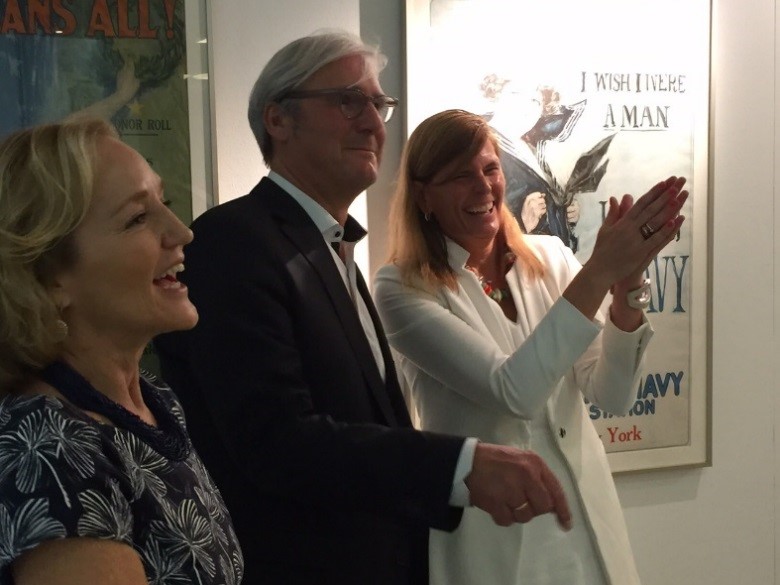 Darmstadt May 22-26, 2017. Winds and Words of War – World I Posters and Prints of the San Antonio Public Library Collection. The first cultural exchange between San Antonio and Darmstadt, San Antonio’s newly authorized sister city. City Council voted unanimously in favor of an ordinance authorizing the City to enter into a Sister City Agreement with Darmstadt, Germany, which will officially occur in Darmstadt on October 27, 2017.

San Antonio’s official relationship with Darmstadt is expected to encourage cultural and educational exchanges, expand joint research and learning opportunities. It will also connect the City with companies and research in fields like cybersecurity, and help promote San Antonio as a key business, cultural, educational and tourism destination, while allowing our citizens to learn about Darmstadt contributing to our continued efforts to raise global awareness of our citizenry.

Winds and Words of War, a library-owned vintage collection of WWI propaganda lithographs, debuted at Justus-Liebig-Haus in Darmstadt, Germany; the second stop in a two-year European tour made possible by the San Antonio Public Library Foundation and the Bexar County Commissioners Court.

The 40 WWI propaganda lithographs and educational materials relating to San Antonio, Texas’ role in the Great War are on a two-year tour of Europe that will end in the fall of 2018 at the Museum of the Great War in Meaux, France. There the museum will highlight lectures and activities honoring the Centennial of the Armistice, ending the Great War, on November 11th, 2018. San Antonio and Bexar County were extremely important to the war effort. Over one-tenth of the soldiers deployed to the Western Front during WWI was trained and came through San Antonio’s military bases. San Antonio also played a major role in the development of the burgeoning Air Force.

Thank you to Ramiro Salazar, Dr. Angelika Jansen Brown for all her support of this exchange and Rebecca Cedillo for leadership for the county underwriting. Appreciation to the Bexar County Commissioners for making this tour possible. Shahrzad (Sherry) Dowlatshahi, Chief of Protocol & Head of International Relations Economic Development Department City of San Antonio, for putting us in touch with Darmstadt’s Department of Intercultural and International Affairs. 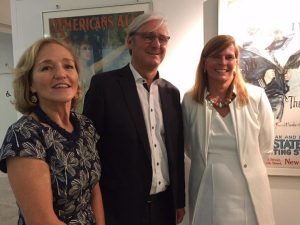