Seminar: From Passchendaele to Petrograd, 1917: The Year the Germans Almost Won the First World War 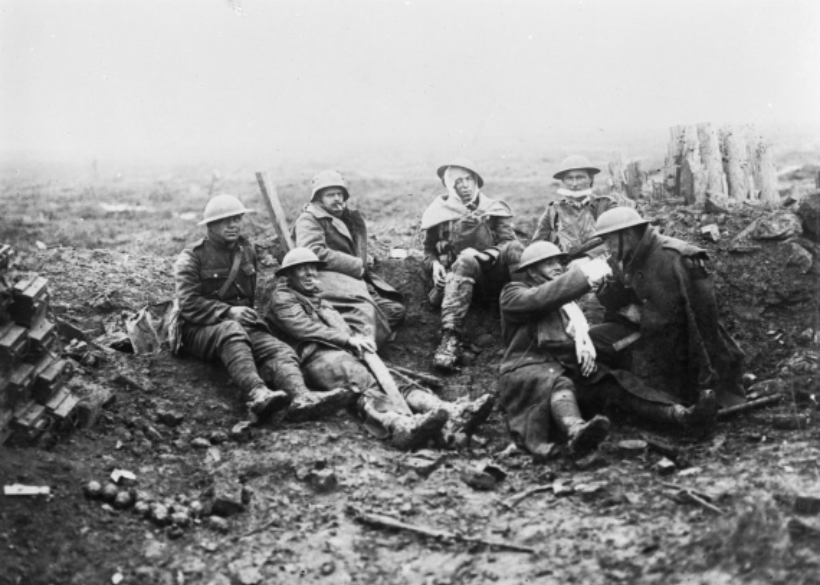 The Annual Alfred and Johanna Hurley Military History Seminar will be held on 11/11/17 on the main UNT campus in Denton starting at 9:00 am. The title of this year’s Seminar is: “From Passchendaele to Petrograd, 1917: The Year the Germans Almost Won the First World War.” Speakers are Dr. Nick Lloyd, Senior Lecturer, Defence Studies Department, King’s College London, who will present: “Passchendaele: 100 Years On” and Dr. Sean McMeekin, Professor of History, Bard College, who will present: “The Hostile Takeover: The Bolsheviks Conquer the Russian Imperial Army.” Online registration only at: https://hurleyseminar2017.eventbrite.com

The events of 1917 proved decisive in ending the First World War, although their effects would not be fully felt until 1918. 1917 saw the entry of America into the war, the result of Germany’s use of unrestricted submarine warfare. 1917 also saw the start of the Battle of Passchendaele, also known as the Third Battle of Ypres. Passchendaele became infamous not only for the scale of casualties, but also for the mud. The British infantry attack began on 31 July after a bombardment that lasted two weeks failed to destroy the heavily fortified German positions. The eventual capture of what little remained of Passchendaele village by British and Canadian forces on 6 November finally gave the British reason to announce victory. Yet Passchendaele village lay barely five miles beyond the starting point of the offensive that had taken over three months, costing 325,000 Allied and 260,000 German casualties. The British decision to continue the battle into November remains deeply controversial and the arguments, like the battle, seem destined to go on and on. Meanwhile, on the other side of Europe, Russian workers began several strikes and demonstrations at Petrograd in February. On 12 March, Russian troops mutinied and joined the demonstrators. Three days later, Tsar Nicholas II abdicated. A provisional government vied with the Petrograd Soviet for power over Russia. On 16 April, with help from the Germans, Vladimir Lenin returned to Russia from Switzerland. On the same day that the British captured Passchendaele—6 November—Lenin took power in Russia. On 5 December, the Germans and Russians signed an armistice.

Dr. Nick Lloyd is Reader in Military & Imperial History at King’s College London and  a Senior Lecturer in the Defence Studies Department at the UK Joint Services Command & Staff College in Shrivenham, Wiltshire, England. He specialises in British military and imperial history in the era of the Great War and is the author of four books, Loos 1915 (Tempus, 2006); The Amritsar Massacre: The Untold Story of One Fateful Day (Tauris, 2011); Hundred Days: The Campaign that Ended World War 1 (Basic Books, 2014); and Passchendaele: The Lost Victory of World War 1 (Basic Books, 2017). He was elected Fellow of the Royal Historical Society in 2016.

Dr. Sean McMeekin is Professor of History at Bard College. He holds a Ph.D. from the University of California, Berkeley and has studies at University of Paris 7, Moscow State University, Humboldt University, and Mezhdunarodny Universitet, Moscow. He is the author of The Russian Revolution (2017); The Ottoman Endgame: War, Revolution, and the Making of the Modern Middle East, 1908-1923 (2015).  July 1914: Countdown to War (2014); The Russian Origins of the First World War (2013), which won the Norman B. Tomlinson Jr. Book Prize; The Berlin to Baghdad Express: The Ottoman Empire and Germany’s Bid for World Power, 1898–1918 (2012) which won the Barbara Jelavich Book Prize; History’s Greatest Heist: The Looting of Russia by the Bolsheviks (2008); The Red Millionaire: A Political Biography of Willi Münzenberg, Moscow’s Secret Propaganda Tsar in the West (2004); and numerous articles and book chapters. He has taught at Koç University, Istanbul; Bilkent University, Ankara; and Yale University.