Bells of Peace: A World War I Remembrance 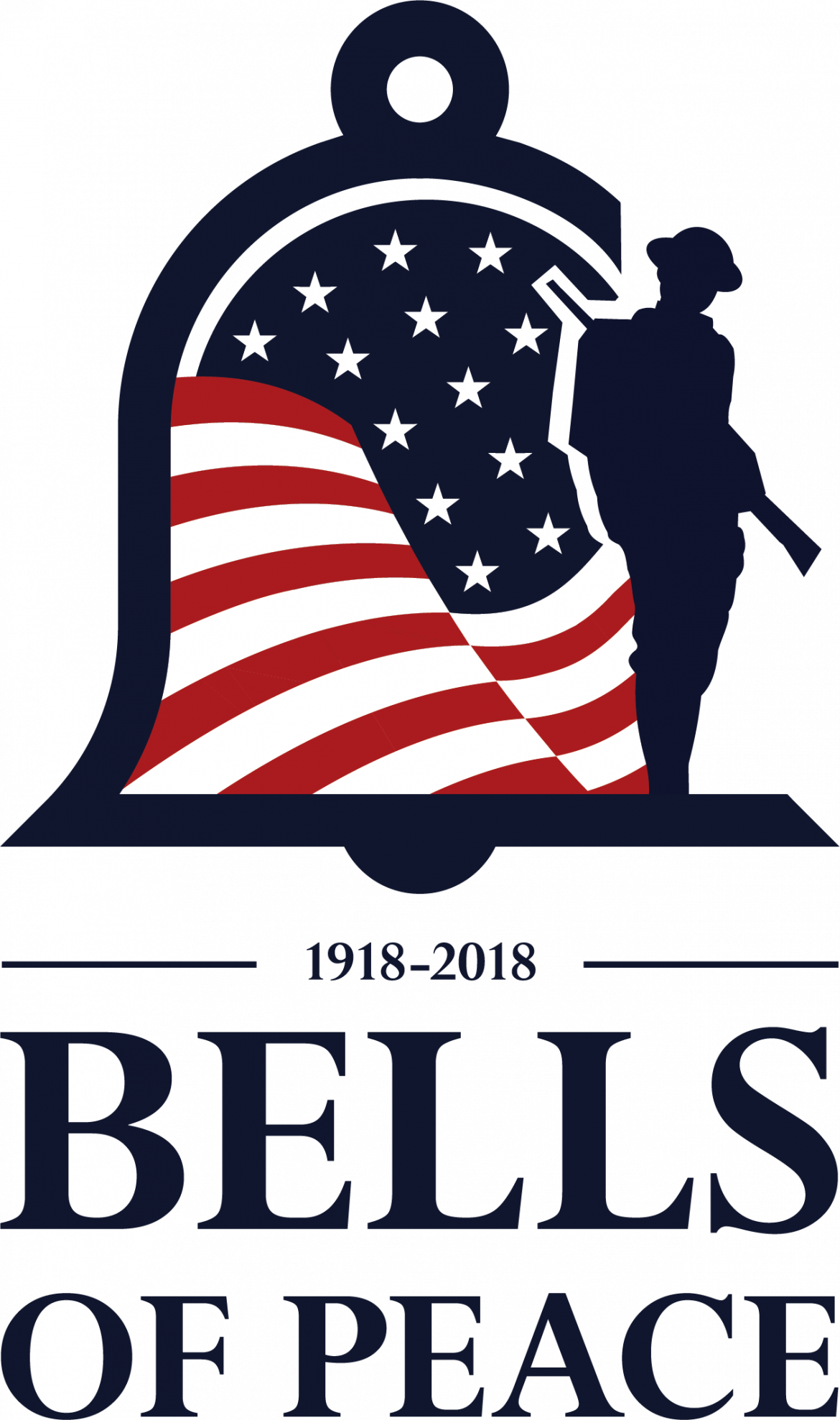 At 11:00am on November 11, 1918, the fighting ended. Bells tolled around the world to mark the end of the Great War. The Texas WWI Centennial Commemoration is asking municipalities, religious congregations, and organizations around to participate in BELLS OF PEACE: A WORLD WAR ONE REMEMBRANCE on November 11 at 11:00 am local time in honor the 116,516 American men & women who died in WWI.

The World War One Centennial Commission, along with the Pritzker Military Museum & Library, the Society of the Honor Guard of the Tomb of the Unknown Soldier, the American Legion, and the Veterans of Foreign Wars are co-sponsors of BELLS OF PEACE: A WORLD WAR ONE REMEMBRANCE.

BELLS OF PEACE is a collaborative program, whereby American citizens and organizations, across the entire country, are invited to toll bells in their communities twenty-one times on Sunday, November 11, 2018 at 11:00 a.m.local time.

Conceived and designed in collaboration with the nation’s veterans of service with the Honor Guard at the Tomb of the Unknown Soldier, the bell tolling provides a solemn reminder of the sacrifice and service of veterans of World War I, and all veterans.

Bells will be tolled in communities across the nation, in places of worship, schools, town halls, public carillons, and cemeteries, to mark the centennial of the Armistice that brought an end to hostilities, in what Americans fervently hoped had been “The War to End All Wars.”

This nationwide program is designed to honor those American men and women who served one hundred years ago, during World War One. The war ended by an armistice agreement between the warring countries at 11 a.m. on November 11th, 1918.

The World War I Centennial Commission has created a page on its website (ww1cc.org/bells) where people can find information and tools to conduct the bell tolling, and to meaningfully commemorate the service of their local World War One veterans.

In Texas, the Texas World War I Centennial Commemoration (TXWWICC) is actively encouraging communities, organizations, schools, and religious congregations to participate in the BELLS OF PEACE commemoration. TXWWICC will compile a state-wide record of participating communities and organizations. In advance of BELLS OF PEACE, we will help publicize the event. Plan to let us know in advance and submit any photos or documentation immediately after the event.

World War One took place between July 1914 and November 1918, and was one of the deadliest conflicts in world history. Over nine million combatants and seven million civilians died as a result of the war. The Unites States officially entered the war on April 6th, 1917. Some 4.7 million Americans stepped forward to serve in uniform during the war, 2 million of them were deployed overseas to fight, and 116,516 of them never made it home. Over 5,100 of these casualties were Texans.

The U.S. World War One Centennial Commission was established by Congress in 2013 to provide education programs, public outreach, and commemorative events regarding the American involvement in the war. The Centennial Commission was also authorized by Congress to create a new national-level memorial in the nation’s capital, to honor the men and women who served. Information on the new National World War One Memorial can be found at www.ww1cc.org/memorial.

The American Legion was founded by three World War One veterans in 1919, as a verteran support organization made up of former and current U.S. military members. Throughout its history, The Legion has been committed to mentoring youth and sponsorship of wholesome programs in America’s communities, advocating patriotism and honor, promoting strong national security, and support for servicemembers and veterans.

The Veterans of Foreign Wars was founded in 1899 to support all honorably-discharged servicemembers, from any military branch, who served the U.S. in wars, campaigns, expeditions, on foreign soil, or hostile waters. The VFW grew rapidly after World War One, with hundreds of thousands eligible veterans returning from the war. Today, it stands with the American Legion as the two largest veteran service organizations in the world.