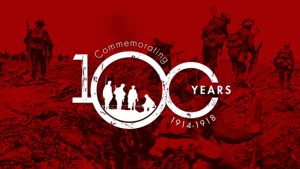 The 2018 parade will be held on Sunday, November 11.  It is also celebrated as Armistice Day or Remembrance Day in other parts of the world, falling on November 11, the anniversary of the signing of the Armistice that ended World War I. Our theme this year is the one hundredth anniversary of the end of World War I.  We are partnering with the Travis County Historical Commission to highlight and educate Travis County’s contribution to this fight and other events unique to “the war to end all wars.”

The Austin Veterans Day Parade Foundation welcomes you to this year’s parade, ceremonies, and other activities.  This is an all-volunteer event operating for over 16 years. Veterans’ Day is an annual American holiday honoring military veterans.

9:00 am, Grand Marshall on site, parade will proceed up Congress Ave. to the Texas State Capitol; Capitol South Step Entertainment

Pledge of Allegiance and Posting of the Colors

Roll Call to Honor our Dead