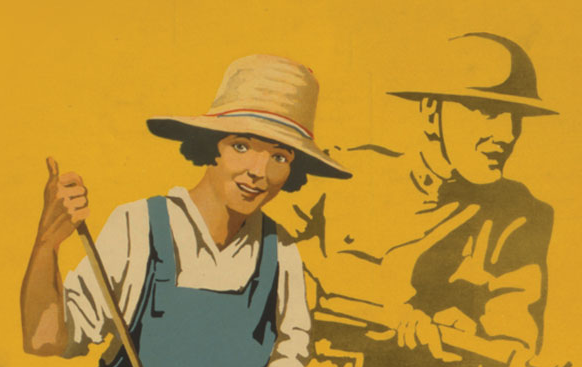 Americans watched warily as Europe’s armies went to war in the summer of 1914. Although more than two years would pass before the country engaged militarily, the United States began providing support for war-torn Europe almost immediately. Advocates for “preparedness” clashed with newly formed groups seeking peace.

Within a compressed 19-month period beginning in April 1917, the United States amassed a military force of more than four million men. Nearly two million served overseas. Opposition to the war continued, but the government stirred up patriotism through its Committee on Public Information. War recruitment surged and dissent was forcibly suppressed.

With the signing of the armistice on November 11, 1918, Americans celebrated victory even while extraordinary challenges loomed. Anarchist bombings, racial violence, labor unrest, and a return of the influenza epidemic made 1919 one of the most volatile years in American history.

WWI America was produced by the Minnesota Historical Society in partnership with the National Constitution Center, the National World War I Museum at Liberty Memorial, the Oakland Museum of California, and the Bullock Texas State History Museum.

WWI America has been made possible in part by major grants from the National Endowment for the Humanities: Exploring the human endeavor.

Support for the Bullock Museum’s exhibitions and education programs is provided by the Texas State History Museum Foundation.