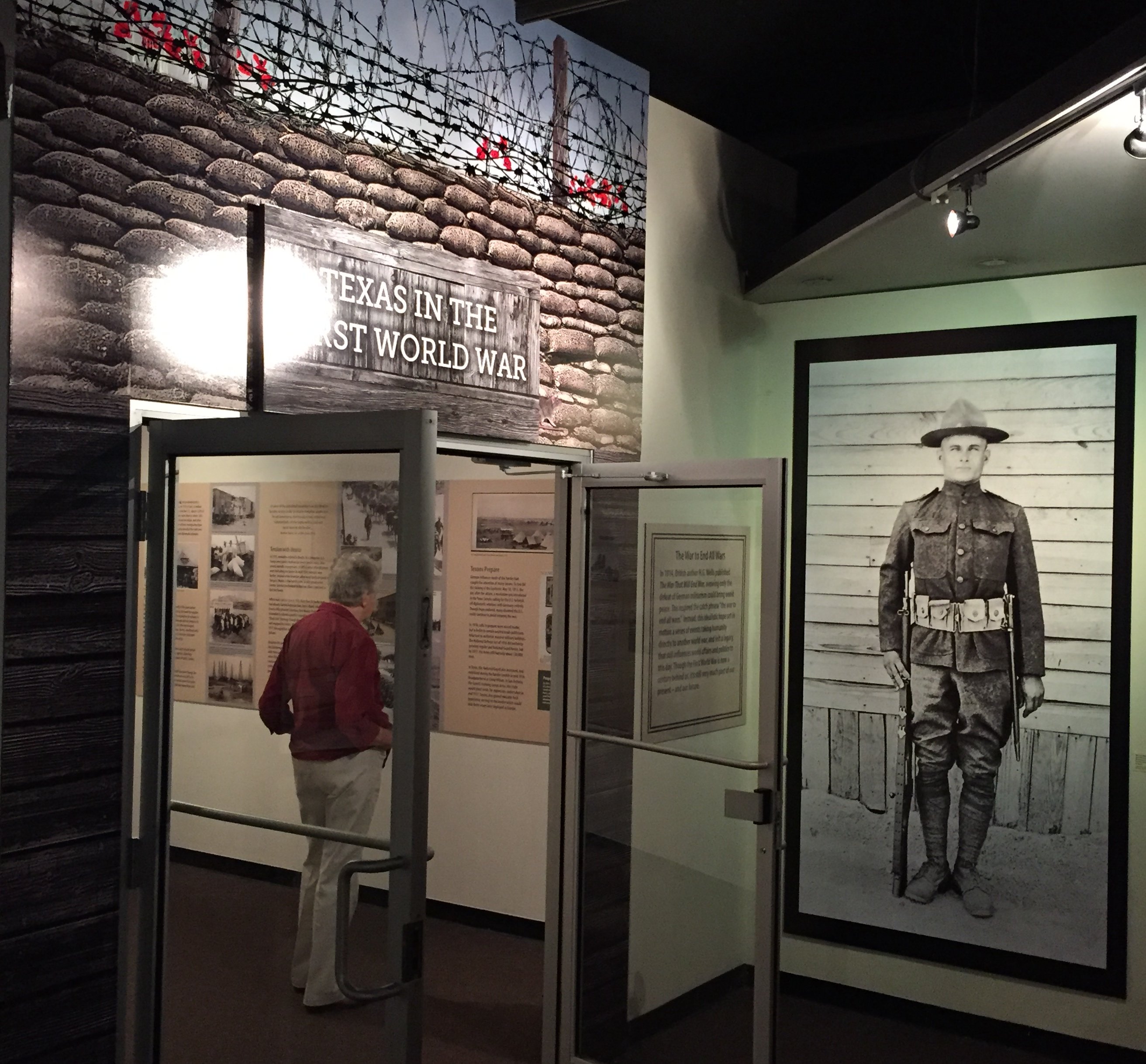 Texas in the First World War

One hundred years ago, the United States entered the “War to End All Wars.” This idealistic hope of the “Great War” leading to lasting world peace would instead devastate large parts of the globe, and set in motion events taking humanity directly to yet another world war within decades.

“Texas in the First World War” Explores the role of the Lone Star State in this pivotal world event. Co-curated by students from the University of Texas at San Antonio, research began with a semester-long course on World War I where students explored the war as a whole, then took a closer look at activities in the state.

By the end of the war, 198,000 men and 450 Texan women would serve in the military alongside civilian volunteers both at home and overseas. Through images, stories, and artifacts, Texas in the First World War sheds light on the legacy of a global conflict that still heavily influences world affairs, politics, and alliances to this day.