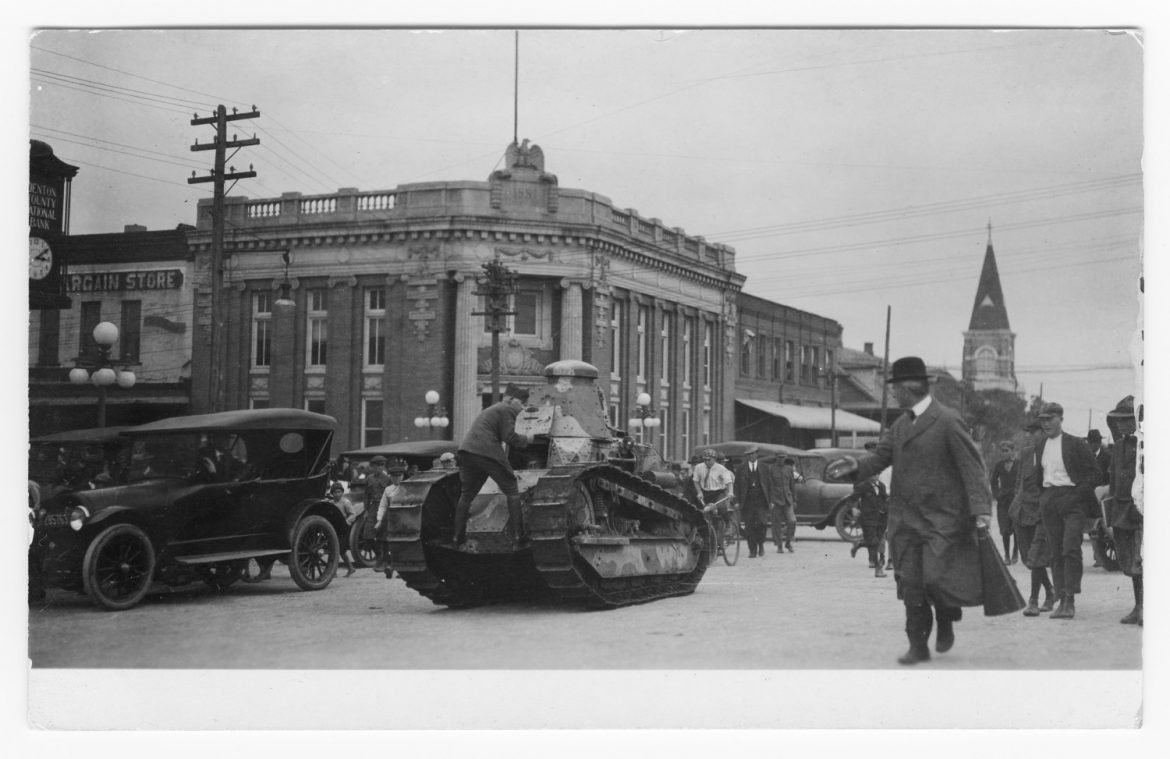 The origin of Veterans Day is tied closely to World War I. Prior to the Great War, Americans typically remembered our war dead on Decoration Day (now Memorial Day). The end of the fighting in WWI, negotiated by the warring powers, was set to begin at the 11th hour of the 11th day or the 11th month. The war the took between 10 million and 20 million lives ceased. November 11th would be remembered and commemorated, initially as Armistice Day and later as Veterans Day.

The WWI Centennial will continue through June 2019 (the anniversary of the signing of the Treaty of Versailles), but the centennial of Armistice Day is understandably a seminal event. In 1918, soldiers and citizens alike prayed, celebrated, and “stood down” from the war effort. Significant events will take place in Europe, around the United States, and in Texas.  Here are some of the notable events in Texas scheduled for November 9-11, 2018. See TXWWICC calendar for the full list of Texas WWI Centennial events and ongoing museum exhibits not shown here.

Spring 1919 would see the return of fighting men and women from France to their hometowns around Texas. Other American troops would be tasked to occupy parts of Germany until later in the year. Communities and individual soldiers would cope with the process of reintegration into civilian life. Texas would be part of the first modern effort to assist those with permanent war disabilities with job training programs. This transition would take place in a state and a nation on the edge of dramatic social and technological changes – prohibition, the vote for women, and the first efforts for equality of all races.