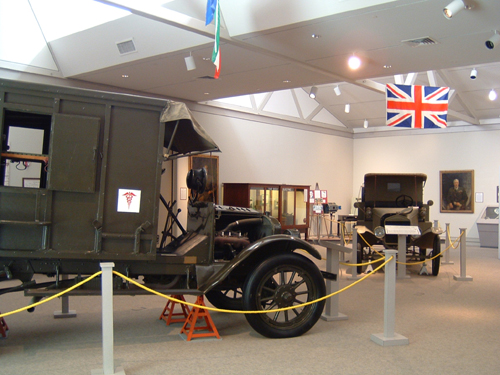 The U.S. Army Medical Department (AMEDD) Museum at Fort Sam Houston in San Antonio will host the first South Texas coordination meeting for the Texas World War I Centennial Commemoration on March 3, 2016. The Museum will host two identical meeting sessions (9am-11am and 1pm-3pm) in the Museum Auditorium. The meetings are open to organizations and individuals interested in helping commemorate the role of Texas and Texans in The Great War. For more information on attending, contact wwicc.tx@gmail.com.

In addition to hosting the meeting, the Museum features a significant exhibit of WWI military medical artifacts, photographs and documents. This includes to early military ambulances dating to the War. See more about the AMEDD Museum at http://ameddmuseum.amedd.army.mil/.